How to claim against the council for pothole damage

Learn how to claim and get reimbursed for pothole damage. 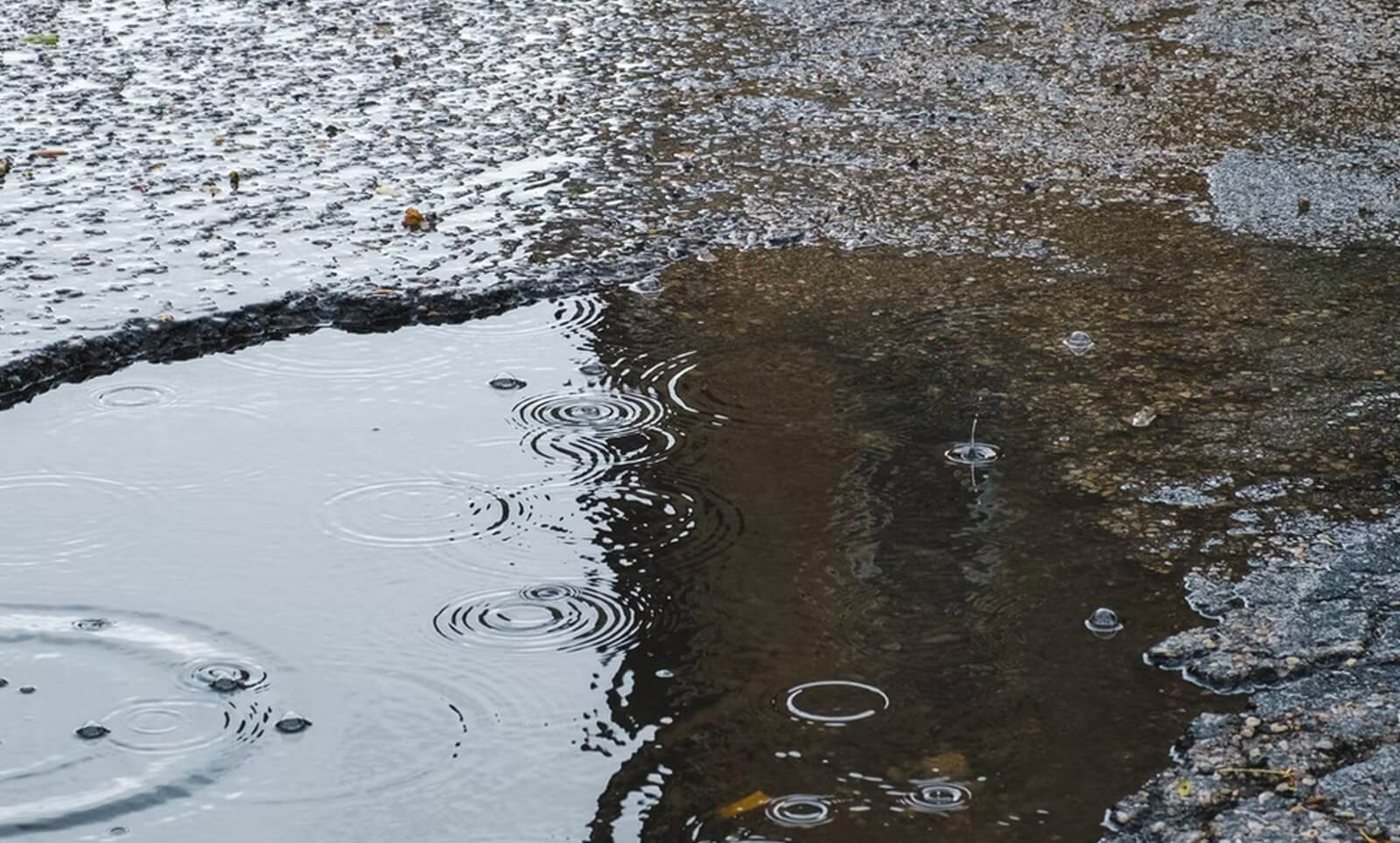 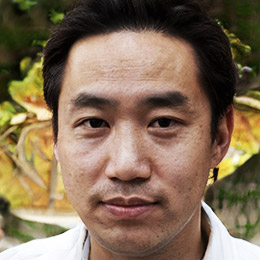 Here's what you need to know

✔️  British roads are clearly suffering from a lot of potholes and sometimes they can damage your car.

✔️  Thankfully, you can submit a claim for the damage and get money back.

✔️  However, the process is lengthly and you may get rejected in the end.

This article covers the following:

1. What is the definition of a pothole?

2. Who is responsible for fixing potholes and the damage to your car?

3. What to do if a pothole damages your car

4. Can my pothole claim be rejected?

5. What are my chances of a successful claim?

6. How long will claiming for pothole damage take?

7. Are potholes a big problem in the UK?

8. What to do if my subscription car gets damaged by a pothole?

British roads are ridden with potholes, and unfortunately one of those days, you may find yourself with a damaged car.

When this happens, you may be tempted to take your car to the garage and leave it there and submit an insurance claim but this may not be the best option.

Instead, you might be better off writing to your local council and making a claim for the damage.

Here's how to go about claiming compensation due to a road problem. First things first...

What is the definition of a pothole?

A pothole is a large, pit-like hole in the road which is at least 40mm (or roughly 1 and a half inches) deep and 30m wide (or just under a foot).

If the hole is smaller it's probably a 'carriageway defect'. That's just a different name for the same thing.

This is caused by poor quality construction work, road defects, vehicle collisions, and sometimes natural causes. Most roads in the UK have some degree of pothole damage, but some are much worse than others - take this 5 feet wide pothole in England.

The Asphalt Industry Alliance says there are 1.7 million potholes in the UK. That's a lot of potholes!

If your car is damaged as a result of pothole damage, then you may be able to claim compensation.

Who is responsible for fixing potholes and the damage to your car?

Unsure who's responsible for the pothole damage to your car? Well, you may need to do a bit of research first.

Pothole damage is typically the responsibility of local authorities. This is because they are required to maintain roads within their jurisdiction. It’s worth bearing in mind that roads that cross several jurisdictions, such as motorways and A-roads, come under the charge of the following:

While you may be able to claim compensation for pothole damage, it's worth bearing in mind that you can't get any money back for damage to your car caused by debris.

You'll have to make a claim on your insurance if debris damaged your car, or you pay for the repairs yourself.

What to do if a pothole damages your car

To get the best chance of a successful claim and get reimbursed for the damage to your car you'll have to make sure to do the following:

Even hitting a pothole at low speed could cause damage to your wheels, broken suspension springs, shock absorbers or suspension. At high speed, the damage could be more severe and even cause an accident.

If you notice any damage to your car's steering or tracking, don't ignore it! Get your car to a garage or tyre specialist as soon as you can. It might be costly to fix, but it's much more dangerous to ignore the problem.

2. Gather evidence of the damage and the pothole

The local authority needs pictures of the pothole, and it's very important that you can measure it and show them how big it is.

If you don't have a measuring tape, put something like a shoe or a bag next to it so they can see the size and understand the scale.

Try to collect your photographic evidence on the day you ran over the pothole if you can. If you decide to come back later, the council may have since repaired the pothole and your claim will be very difficult to make.

You should also make a note of the following:

3. Report the porthole location and size to your local authority

If the pothole has caused damage to your vehicle, it's like that it will cause damage to others too. Regardless of whether you're filing a claim or not, you should try to report it to the council.

All councils let you report potholes on their websites. The more evidence you have, the better, when you report a pothole.

4. Get repair quotes and consider fixing the car

The mechanic should give you a written report of what caused the damage. You need this to make a claim for the pothole damage from your council or local authority.

It’s also worth getting quotes from at least two different garages. Keep a record of each one and go with the cheapest. Showing willingness to keep repair costs down could help your pothole claim.If the damage is severe, you should definitely fix your car and then continue with the claim.

Keep copies of all quotes, invoices and receipts to support your claim. Especially if you want to avoid a hefty repair bill after getting your car checked.

Check the specific claims protocol of the authority as they may require you to provide certain information before making a claim.

To make your case as strong as possible, include the following:

Pothole compensation claims have limits, but if you can show that the pothole was the result of the local authority's negligence, you might have a case, following Section 58 of the Highways Act 1980.

Can my pothole claim be rejected?

Section 58 of the Highways Act 1980 provides councils with a statutory defence if they can show that reasonable care was taken to secure the road and it wasn’t dangerous to traffic.

Highway and local councils can often defend themselves against claims if they can show that they didn't know about the pothole or that they had a system for maintaining and inspecting the road.

This system covers how often roads are inspected, the size of damage to be repaired and how quickly repairs should be carried out.

So, if your pothole claim is rejected, ask to see details of the council's road inspection reports to see if the council did follow it as they should have.

You can reclaim your rejected claim if you think it was unfair.

Your other options are:

What are my chances of a successful claim?

You stand a fair chance of having your damage paid for, but it will take some time and there is no guarantee.

In April 2022, What Car? research showed that almost £13m was paid out in pothole compensation to 37,000 drivers

The strength of your case and the evidence you have affects whether or not your claim will result in the council reimbursing you. Your claim should be accepted as long as you report the pothole and have evidence that the damage to your car was caused by it.

Some claims could take months to resolve, so you might need to be patient.

How long will claiming for pothole damage take?

Every case is different and every council has a slightly different way of handling vehicle damage claims. It can be a lengthy, time-consuming process which can take as little as just a few weeks, but in other cases take more than six months.

Are potholes a big problem in the UK?

Britain's roads aren't great, that's no surprise. Potholes are a common and frustrating problem in the UK. They can often be caused by poorly installed or maintained pavements, or simply by the natural wearing away of the road surface.

In the 2020 Budget, Chancellor of the Exchequer Rishi Sunak announced a £2.5bn pothole repair fund, with £500m to be shared out between local councils each year for half a decade. The government said that the fund will be enough to repair 10 million potholes - that's a lot of potholes!.

What to do if my subscription car gets damaged by a pothole?

You should notify your car subscription provider immediately. They will be able to assess the damage, and advise on get your car repaired for you. This type of damages will be covered by the maintenance and servicing part of your subscription agreement. Whether they pursue a claim is entirely up to them because they own the car.

Editorial guidelines: We are a free, independent online resource for anyone interested in learning more about car subscriptions. Our goal is to be a trusted and objective website for everything related to car subscriptions. We update our site regularly and always fact-check and verify the claims and information included in every page. Read our full guidelines.
It's time to browse all subscription cars and to find the best subscription service for you!
Article sources


Car subscription not for you? Browse cars for sale with Motorpoint! 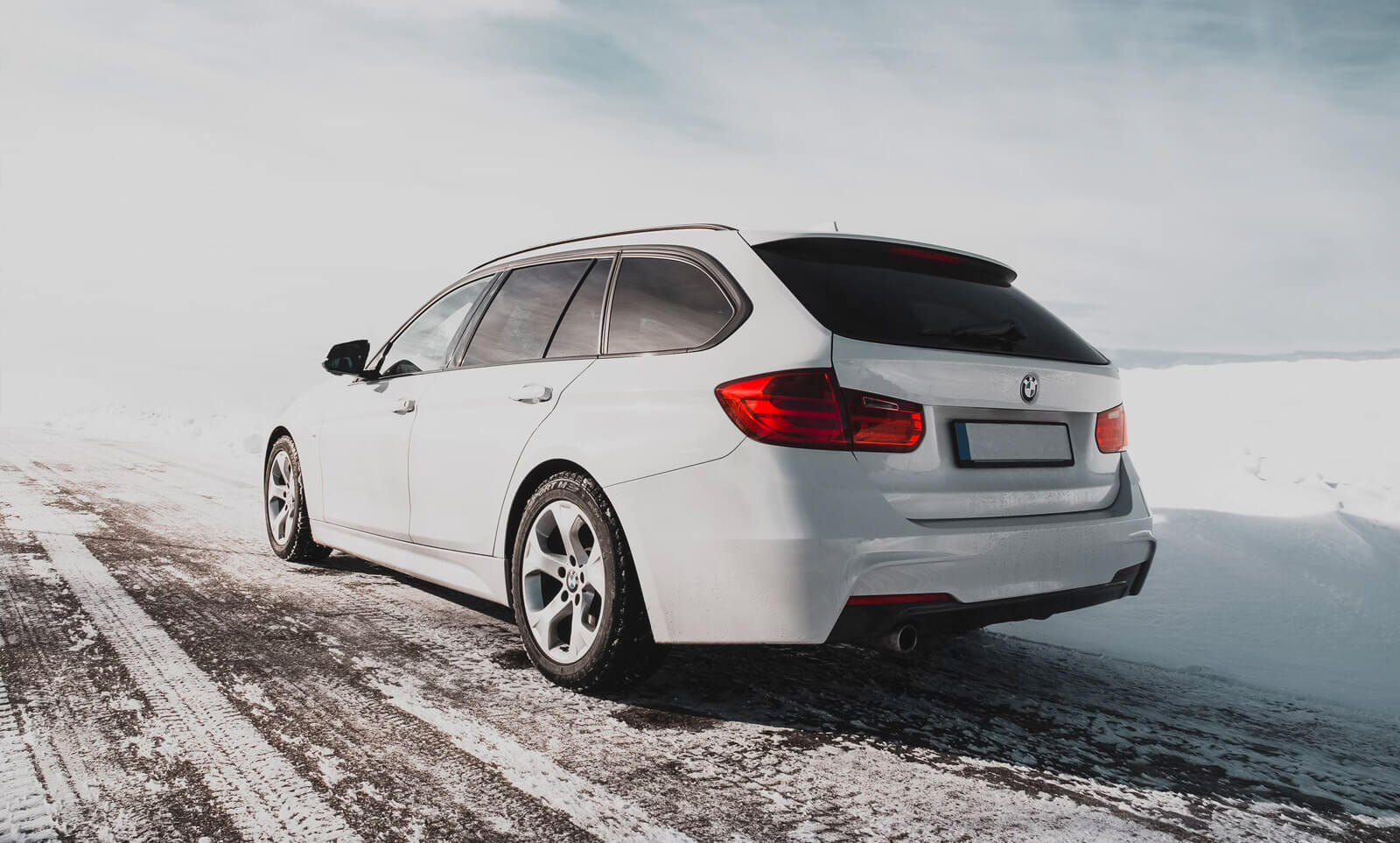 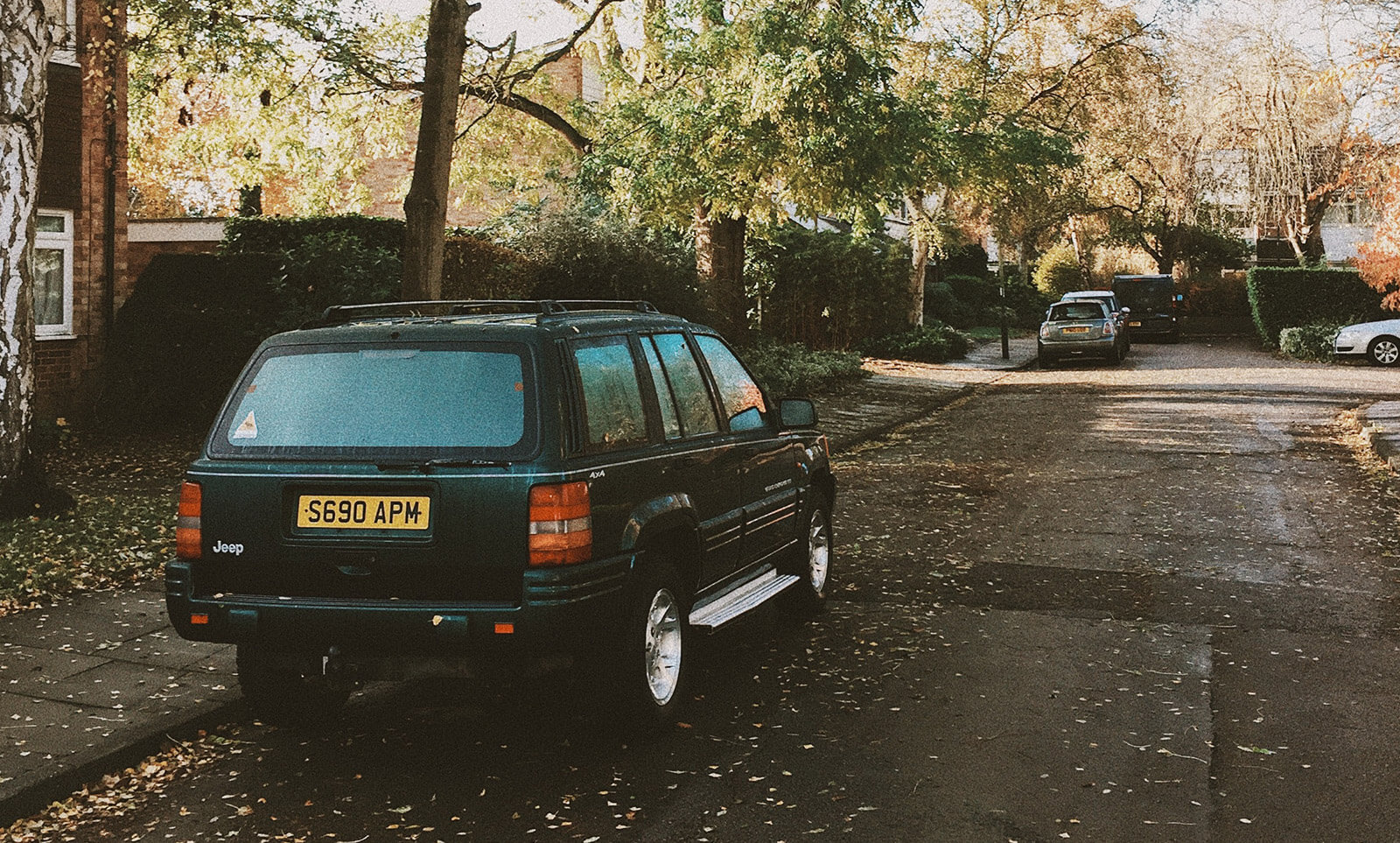 11 signs you need to replace your car

In case you didn't already know you needed a new car. 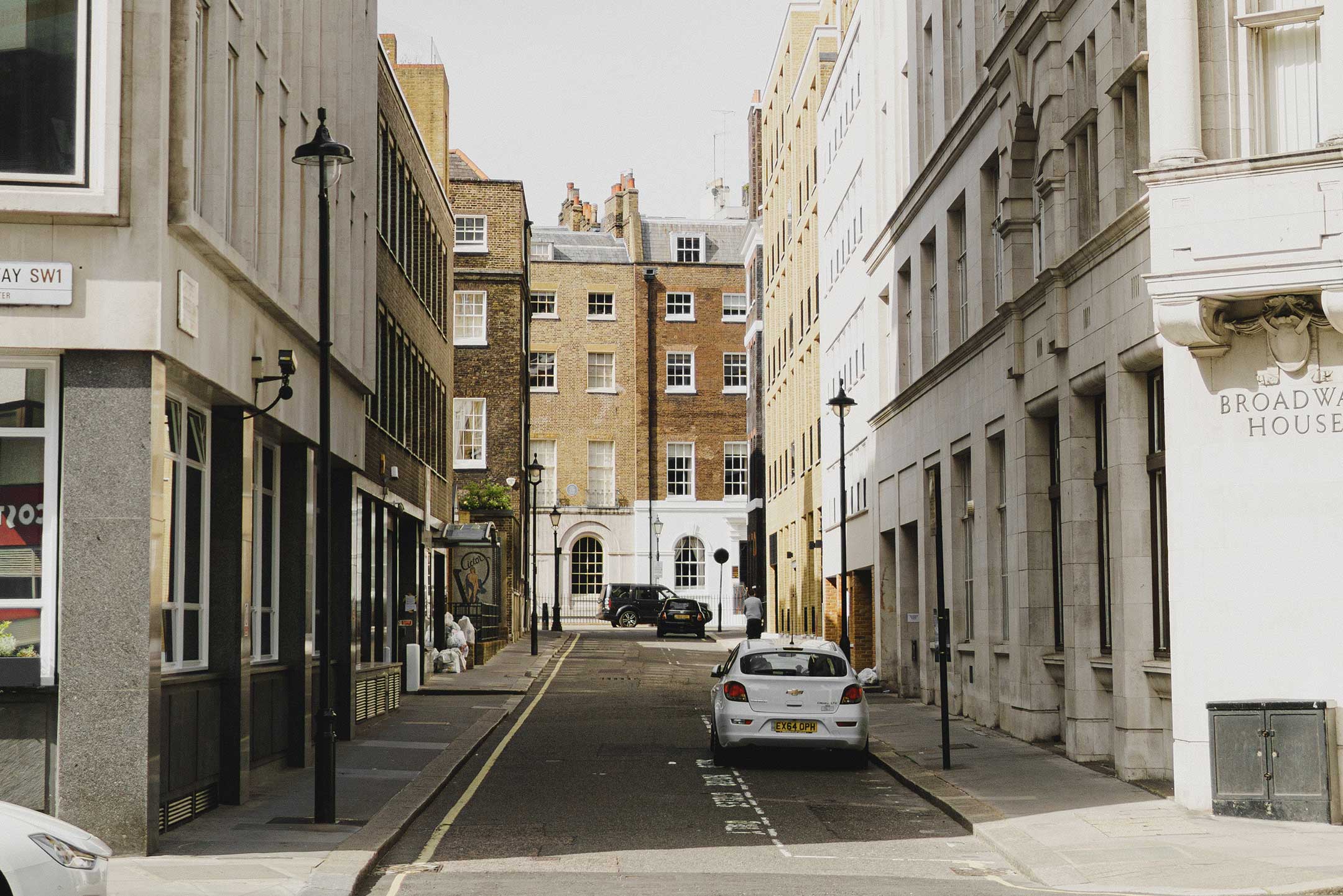 Car subscription requirements: What drivers need to subscribe to a car

It pays off to be prepared when contacting your chosen subscription provider.